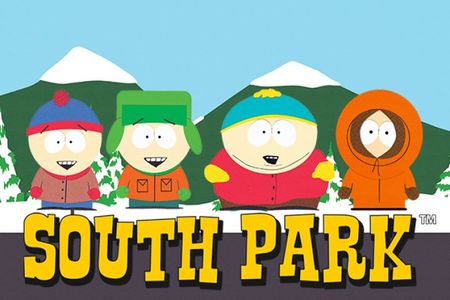 South Park slot is a Net Entertainment game that features five reels and 25 pay lines. It is based on the hit adult cartoon of the same name, so if you are averse to bad language and risque jokes, then this definitely won’t be for you.

In the sitcom, we follow the adventures of four boys who live in South Park and the slots version features a bonus round for each of them. There are mini-features as well so the game is varied and interesting. This is a non-progressive slot with spins starting from 25p rising to a massive £125, and the gameplay is full of multipliers and scatters.

With four bonus rounds, South Park stretches the boundaries of the slot game and hints at what is to come in future games. Character-based bonus rounds will become more complicated and evolve to resemble the TV series they derive from much more carefully.

In this South Park slot game, the bonus round is triggered when any of the four characters in the game appear on the fifth reel. Kyle, Kenny, Cartman and Stan all have different bonuses to play which makes the game more interesting – as long as you understand what is happening!

In the Kyle bonus round, you collect ten free spins, and you are hoping for a baby Ike to appear on the fifth reel. If he does, then he bounces on to one of the five options below and the multiplier comes into play. There are a 2X and a 10X multiplier with a 50 coin or 500 coin cash prize or 3 free spins. Theoretically, you could continue the game in an endless loop of free spins with this feature.

The Stan bonus feature kicks off with ten free spins – Stan pukes on Wendy to give you the sticky wilds. If you don’t like the sense of humour in the original South Park series, then you definitely won’t like this! Various sticky wilds appear during the feature, and if you get several of them, then you can win a good amount.

The best bonus round is the Cartman bonus where you look for your enemies in the bushes. The Hippies are hiding, and you use a fire extinguisher to uncover them and flush them out. From the eight bushes you see on the screen you’ll either reveal a hippie or a policeman and if it’s the latter – bad luck! You only get to uncover him twice, or the bonus round ends. Sometimes two hippies are hiding in the same bush, and you double your prize.

The three mini-features are all activated randomly – Terrence and Phillip, Mr Hankey and the Cartman Mini feature will all give you wilds placed at random and if you manage to place the beefcake wild you’ll win handsomely.

This is a game for aficionados of the TV series. The poor taste humour and vivid puking graphics are not for everyone. This game also pays out in dribs and drabs, so you need to like a game where winning little and often is the norm.

Essentially once you have played the game for a while, then you’ll be waiting all the time for the Cartman bonus because that’s where you will win big. Everything else is small potatoes.