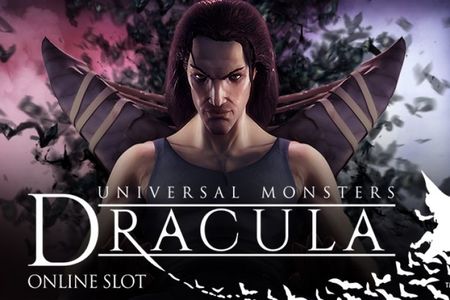 As we continue to fill the back catalogue with the best of Net Entertainments slot games, this time we have Dracula slot – the fourth slot in a joint licensing venture with Universal Studios that followed Creature from the Black Lagoon, Frankenstein and the Invisible Man.

The Dracula slot game is by far one of the most graphically appealing games and you’ll probably be reminded of the recent TV series “True Blood” because that’s where this slots game gets its main character imagery from, but there are also hints of “Shrek” in the way some of the characters are drawn as well.

The original film was made in 1931 and starred Bela Lugosi, and it was based very loosely on the novel “Dracula” by Bram Stoker. Until I looked it up, I had no idea who Bela Lugosi was even though “Press the eject and give me the tape” was one of the LP’s in my fledgeling collection. “Bela Lugosi’s Dead” was the outstanding track on that album made by Bauhaus and you’ll probably not recognise the lead singer “Pete Murphy” today. (RIP Pete Murphy).

The remake came in 2014, and that’s where the tie-in with Universal comes from.

Dracula, Bauhaus, True Blood and bats are all woven in together in the theme of this darkly brooding slots game.

The Prince Of Darkness sits on the left-hand side of the screen in his chair throughout the game, and occasionally he leaps forward to scare you baring his teeth. At other times he’ll turn into terrifying bats that fly over and fill your screen.

It’s a low variance game, and you’ll struggle to trigger the free spins while the low max win of £200 won’t be to everybody’s taste either. That’s a shame because it’s when the free spins are activated that the game really comes into its own and unless you give it a fair run you won’t get to experience it.

Those are the only faults with this Dracula slot game though. The graphics are amazing and while we say that often about slots games, in this case, they have done a really great job and there are also plenty of features to keep you interested.

Is it better than the Bloodsuckers slot? I don’t think so, but you’ll have to play the game and decide for yourself.

Find five matching symbols, and our handsome Prince will pay you 40x your stake.

When the Bat feature gets activated our hero, Dracula gets changed into a cluster of bats swooping over the screen. Once they fly over the reels, they can transform into any symbol increasing your chances of winning a bigger payout.

It’s a beautifully made game, and the real action starts when the free spins feature is activated, which isn’t that often, unfortunately, so there are large periods of quiet play. The Bat feature makes the gameplay more exciting though.

This game is all about the wonderful looking graphics which make the game one of the best looking slot games around.