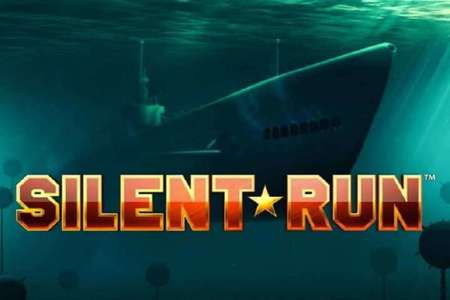 Released in May 2013, Silent Run slot is an atmospheric take on the submarine genre from the second World War and Net Entertainment has created a playing environment that matches the suspense and fear that must have been felt by all those travelling blindfold under the surface of the water.

The reels look like they have been submerged in the water and the gaming environment is pretty quiet as you would expect. There’s no loud music in this one, and the idea is to ratchet up the tension as you wait for that elusive big win. It puts you in a kind of eerie trance as you take command of your submarine.

The Silent Run slot game features 25 win lines which pale in comparison with Reel Rushes 3,125 that we just covered! There are five reels and three rows, and wild symbols dominate the game.

I’ve always been fascinated by submarines ever since I first played “Silent Hunter” on the PC and when the brilliant “Das Boot” was screened I was mesmerised.

I’ve watched “Das Boot” about four times now, the last being about four years ago so it must be due for a re-screening soon! It’s without question the best film ever made about submarines and the claustrophobic atmosphere that submariners had to endure. My favourite scene is when the lead engineer reports that he has fixed all the leaks after having a temporary personal breakdown and hoped that he wouldn’t be court-martialled. It’s a riveting watch.

The main feature of this game is the “Echo Bonus Game” which comes into play when you land a sonar symbol on the reels. This bonus game starts a search for torpedoes and depending on how many you find you’ll be given bonus torpedoes to use in the bonus game.

In the first round you’ll fire out three sonar signals to detect enemy torpedoes, and the number of torpedoes you find is carried over into the bonus round. Detect five torpedoes for a big money bonus round win.

The lack of scatters, multipliers and free spins that you normally associate with a Net Entertainment slots game can put many people off trying the game but as a change of the frenetic pace of a game like Starburst Slots or Reel Rush this game has a nice change of pace. It’s not one of the best slots games available, but it’s not the worst either.

This is one for fans of the submarine genre.