Elk Studios are a relative newcomer to the world of online casino software, given that they have only been in operation since 2013. Despite this young age, the studios have big ambitions and plan on taking many of their innovations to even bigger platforms. What set Elk Studios apart from many from the outset was their dedication and focus to focus exclusively on slots. Their methods and designs have been behind the creation of many new and thought-provoking introductions to the world of online casino software.

What really stands out about their games is the small details which really contribute to the overall bigger picture. Before long, this software provider had a number of titles springing up all over the place, with many of the biggest and most renowned online casinos happy to subscribe to Elk’s standout pieces. As of 2018, the company has just under 20 notable slots but this will number is certain to grow majorly over the coming years. It is the craft which goes into the slots which make them stand out.

Check this list of some of the best Elk Studios slots. 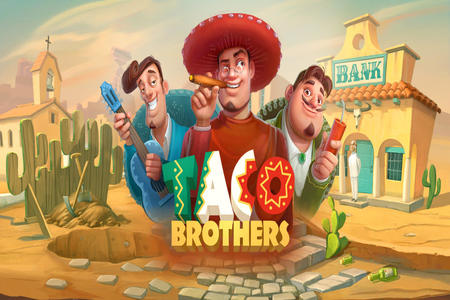 Elk Studios have software and games which are among the most impressive of any provider working today. The gameplay isn’t too shabby either; a quick run-through of any of their titles will prove that they are smooth, very well-presented and above all, pretty damn fun! The sounds are crisp and clear, with some pretty good choices when it comes to soundtracks for the games themselves. All in all, these pieces contribute to making their games stand tall and proud, with extra emphasis on playability and satisfaction for the player.

Their slots really are at the forefront of what players should expect from a notable software provider in the modern age. Aside from just being excellent to play, they also have some ingenious extras which the more seasoned slot player will certainly welcome.  When we check out the ‘Game Controls’ and ‘Player Loyalty Rewards’ section which is found in the options menu of a game, you will eventually run into the ‘Betting Strategy‘ menu. This provides a player with a number of options which can let the software run for different betting strategies, which the player will hope can give them some kind of an advantage.

‘Game On‘ is another feature, which acts as a loyalty reward. The purpose of this feature is to award a number automatically triggered free spins once a player has spun 25 times on a real cash game. Whether the game you are playing has this function or not will come down to the online casino and their agreement or reluctance in letting the game be played with this feature included. If you are lucky enough to avail of this, it could spell for a little more cash than you would have probably expected from the outset, so it is pretty good in this regard.

Most of the company’s slots have a medium to high variance nature, but there are some with lower variance and some with very high variance. For example, we played ‘The Lab‘ and this slot is undoubtedly high variance. The maximum win you can bag on this slot comes in at x 3070 your bet. While this is going to be exceptionally rare to hit, it can also provide frequent wins coming in around the x500 bet area if you manage to land a pretty good streak.

Other games which stand out are ‘Wild Toro’, ‘Ivanhoe‘, ‘Hong Kong Tower‘ and ‘Route 777‘ which are pretty fun games to play. The majority of them are pretty much designed in a cartoony format, but there are others which follow a completely different design altogether. It really does depend on the game, so the advice is to try them all out and see if there is one which you re happy with. Everyone who plays slots regularly tends to fall for certain games, so this may be another thing you can look forward to when playing Elk Studios’ games.

Elk Games are pretty much a feature in many of the biggest online casinos in the UK. Furthermore, they can also be found in over 20 Languages and currencies, which indicates just how much of an international reach this company’s games have. This is very encouraging from the perspective of players who tend to speak a foreign language, or prefer to play in another language, at least. There are so many cool little factors like this to be found in these games, which make them even more appealing from the perspective of a player new to the studio’s products.

Elk Studios may be relatively new to the party, but what they have done since they opened their doors in 2013 is nothing less than marvellous. In the modern age – where online software development companies are in great competition – this company is certainly stamping its mark on the industry and making pretty impressive headway for their efforts. The pioneering factor in the design and themes of the slots makes Elk Studios a real force to be reckoned with.

When it comes to the additional options the company integrates into its games, such as the Game On feature, we can see that they are trying to find new ways to innovate on the established modes of operating, which is refreshing. Many of the more established online casino software companies do tend to fall into the habit of churning out “new games” which have the feel of just being a rehash of another title. Playing Elk Studios games do not have this feeling at all, which is encouraging.

While the company continues to grow, we can expect to see more and more sizeable developments along the way. Fresh and intriguing, Elk Studios seems to be on to something very, very interesting from a slots aficionado’s perspective, and that can only be a good thing in the circumstances. We expect Elk Studios to keep rising through the ranks in the world of casino software.